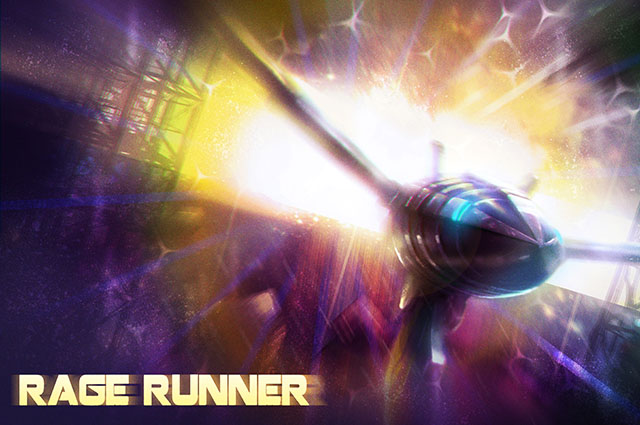 It was December 2012 and the Burke brothers were still riding their high from Star Wars: The Old Republic. Companion Remote Desktop was doing reasonably well so the brothers decided to prototype a Death Star style trench run mini-game to play while waiting for images to load. The prototype ended up being more fun than expected and Rage Runner was born. After winning a dev contest and getting a free OUYA game console, the game was released shortly thereafter as a launch title on the OUYA game console in March of 2013. It was later released on Steam.

As part of making the game, we wrote a few awesome pieces of software that were later released as open source:

This fast, fun and challenging sci-fi game is truly like no other 3D racer, it will make you cry JUST ONE MORE TRY!

Race through beautiful procedurally generated 3D space-scapes or a set of 13 hand-crafted challenges that will put your skills to the test.