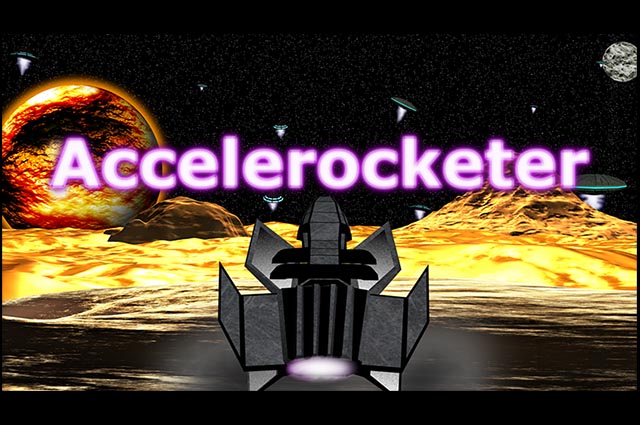 It was April 2011 and Zach’s fanboy-ism for WebOS was running hot, real hot! The WebOS folks were putting on a hackathon for apps that used the accelerometer… the accelerometer was kind of a big deal back then.

As Zach’s mind wandered back to his college days he remembered a physics lab where air pumped rockets were launched into the air. Zach thought a similar idea of storing the kinetic energy of the accelerometer and using it to launch a rocket could be fun. Thus the idea for Accelerocketer was born and the world never saw it coming.

Zach made the prototype in an evening and then shoved it over to Jake who whipped up some models and visuals. Two days of casual work later Hypercane Studios’ first official hackathon was complete. The game was later released on Android and even later supported the Sony Smartwatch.