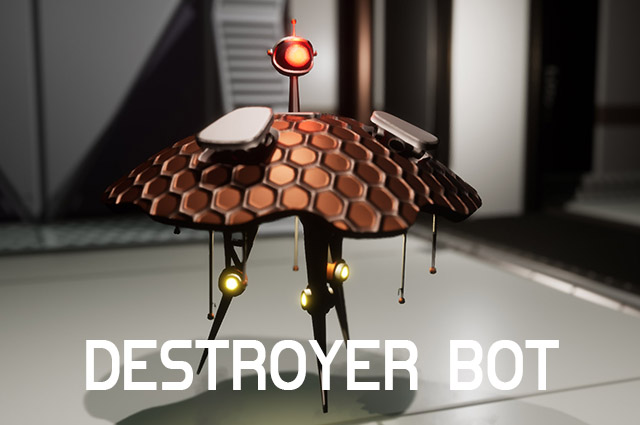 Destroyer Bot is our first UE4 marketplace asset. It was originally made to be an enemy in one of our works in progress but once removed we hated for it to go to waste. Destroyer bot is a fully rigged futuristic alien robot with animation blueprint and 3rd person controller. It is ready to be dropped into a project to be controlled by a player or AI. It can both float and walk and has built-in particles and sounds. You can set Destroyer Bot’s head up or down and gun ports up or down independently. Destroyer Bot also has integrated look behavior so that he can focus his gaze at targets that may be violating his safety protocol.